Perspectives from South Korea:
A Conversation with Ambassador Lee Soo-Hyuck 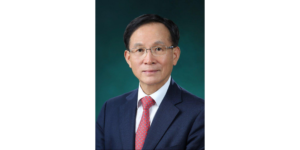 His Excellency Lee Soo-Hyuck, has served as South Korea’s Ambassador to the U.S. since January 2020. He is a career diplomat having served as Ambassador to Germany, First Deputy Director of the National Intelligence Service, and most recently as a Member of the National Assembly assigned to the Foreign Affairs and Unification Committee. Ambassador Lee has participated in numerous negotiations such as the Four-Party Talks in 1997 and was the first Chief Negotiator of South Korea in the Six-Party Talks on the North Korean nuclear program in 2003.

The event link will be sent to all registrants.

The conversation is a partnership between UVA Office of Global Affairs, Center for Politics Ambassador Series and East Asia Center.