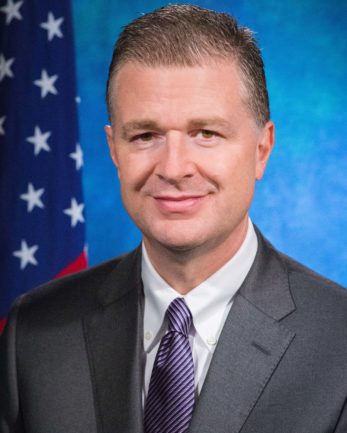 While the word “Vietnam” still reminds older Americans of our war there, Vietnam has become one of the most rapidly developing and pro-American countries in Asia. Join The Honorable Daniel Kritenbrink, U.S. Ambassador to Vietnam, as he reflects on the changes he has seen and the future prospects for the relationship. Given Vietnam’s complex relationship with China, its membership in the Association of Southeast Asian Nations (ASEAN), and its status as one of the world’s fastest growing economies, Vietnam will play a major role in American strategy in the Indo-Pacific.

Ambassador Kritenbrink is a career member of the Senior Foreign Service. In his previous appointment as Senior Director for Asian Affairs at the National Security Council he oversaw the negotiation of two joint statements designed to advance the US-Vietnam Comprehensive Partnership. After receiving his MA in Foreign Affairs from UVA he joined the State Department in 1994 and has served multiple tours in China and Japan as well as in leading positions related to Asia in Washington.

Ambassador Stephen Mull and Professor Brantly Womack will participate in the discussion. Steven Mull, currently Vice Provost for Global Affairs at the University of Virginia, holds the rank of Career Ambassador after service in numerous leading roles of American diplomacy. He was acting Undersecretary of State for Political Affairs, Ambassador to Poland and Lithuania, and Lead Coordinator for Iran Nuclear Implementation under President Obama. Brantly Womack, Professor of Foreign Affairs and holder of the CK Yen Chair at the Miller Center, is the author of China and Vietnam: The Politics of Asymmetry. This event is hosted in a partnership between the UVA Center for Politics, East Asia Center, Office of Global Affairs, and the Miller Center.