Only about half of American adults believe elections are fair and open, and large majorities of Americans express skepticism about big money in politics and favor disclosure of donations. However, as the Senate considers President Trump’s nomination of Brett Kavanaugh to the Supreme Court, the public offers mixed signals about judicial intervention that could either tighten or loosen the law concerning money in politics.

These are some of the takeaways from a national poll conducted by Ipsos in conjunction with the University of Virginia Center for Politics.

Table 1: Do you agree or disagree with the following statement? “American elections are fair and open” 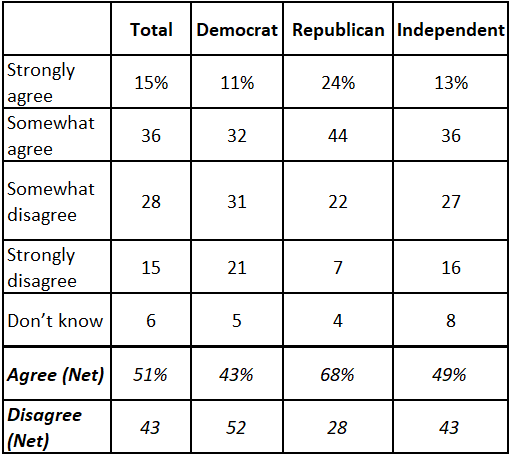 Americans largely agreed with several other statements dealing with mandated disclosures of who paid for televised or online political advertisements and whether interest groups should follow the same campaign/election laws as candidates. Unlike with the fair elections questions, there was little difference among partisans on support for these statements, which are shown in Table 2.

Table 2: Do you agree or disagree with the following statements: 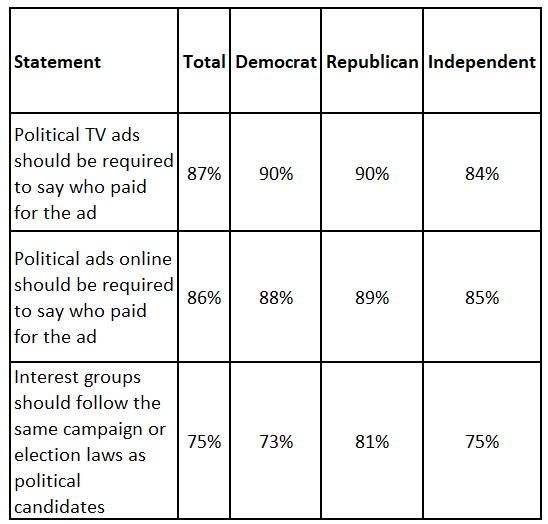 Respondents also expressed concern about a recent large, anonymous, and legal donation made to an outside political group (this question relates to this story). When asked which of two statements was closer to their views, nearly three-quarters of respondents agreed more with a statement that the donation is an “invitation to corruption,” while a little over a quarter of respondents agreed more with an alternative statement that “People should have a right to give as much as they please, and do so anonymously.” Democrats (78%) and Independents (76%) were likelier than Republicans (62%) to agree with the first statement expressing concern about the large donation.

Table 3: “Recently a political committee aligned with one of the nation’s top leaders accepted over $24 million from a single individual. The donor is anonymous, and the law permits that. Which statement comes closest to your views?” 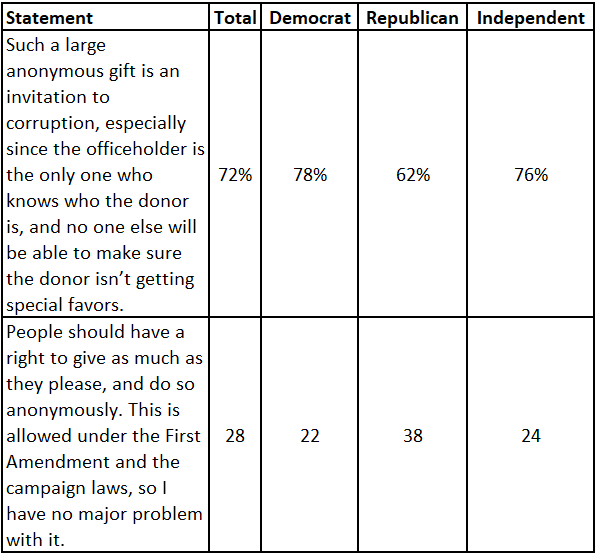 Table 4: Do you think the Supreme Court should… (Select all that apply) 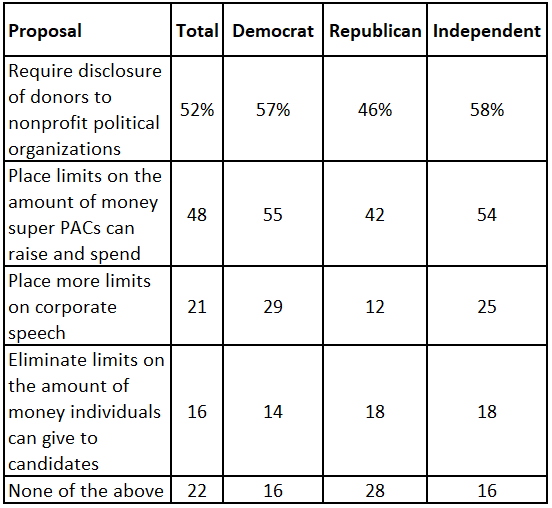 These findings come from an Ipsos poll conducted on July 5-6, 2018. For the survey, a sample of roughly 1,006 adults age 18+ from the continental U.S., Alaska, and Hawaii were interviewed online in English. The full results, methodology, and crosstabs are available here.

This poll represents the latest collaboration between the University of Virginia Center for Politics and Ipsos, an international, independent marketing research firm over the last year and a half. The Center for Politics and Ipsos released two polls on Americans’ attitudes toward recent presidents, and the Center and Ipsos, along with Reuters, released a poll on Americans’ racial attitudes in the wake of a neo-Nazi march in Charlottesville last year.