In addition to the entire U.S. House of Representatives and about one-third of the U.S. Senate, Americans will be choosing 36 state governors in 2018. Control of statehouses is crucial not only because many important policy decisions are made at the state level, but because the governors elected next year will, in many cases, play key roles in redrawing congressional and state legislative district lines after the 2020 census.

A forecasting model that has produced accurate predictions of the results of midterm U.S. House elections can also be used to predict the results of gubernatorial contests in midterm election years with a high degree of accuracy. The model is based on something called the “generic ballot.” This is a question included in numerous national polls asking voters about which party they prefer in the upcoming U.S. House elections. It turns out that even though the question asks about House elections, the results of this generic ballot test can be used to accurately forecast the gubernatorial seat swing in midterm elections.

In addition to the results of the generic ballot test in early September of the election year, two other predictors go a long way toward explaining seat swing in midterm elections — the party in the White House and the number of seats held by each party prior to the election. The president’s party matters because, regardless of whatever else is going on, voters tend to turn against the party in the White House in midterm elections. And the number of seats each party holds prior to the election matters because, all else being equal, the more seats the president’s party has to defend, the more seats it is likely to lose. 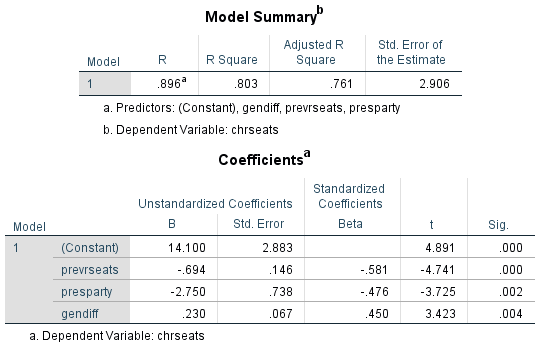 Table 1 displays the results of a regression analysis of Republican seat swing in midterm gubernatorial elections between 1946 and 2014. All three predictors are highly statistically significant and the model explains about 80% of the variation in seat swing across these 18 elections. The coefficient of -.69 for previous Republican seats reflects the impact of exposure to risk: for every additional seat Republicans hold going in a midterm election, they can expect to lose about two-thirds of a seat.

The coefficient of -2.75 for the presidential party variable means that after controlling for the other predictors in the model, having a Republican in the White House costs the GOP an average of almost three seats. This coefficient also means that having a Democrat in the White House would be expected to result in a Republican gain of almost three seats in a midterm election. These results are similar to the findings of a model that predicts change in the House, which indicated the potential for Democratic gains based on the Republicans already holding a healthy House majority while also controlling the White House.

Finally, the coefficient of 0.23 for the generic ballot variable means that for every additional four point advantage Democrats enjoy on the generic ballot in early September of the midterm year, Republicans can expect to lose about one additional gubernatorial seat. Again, this result is similar to that for the House forecasting model. 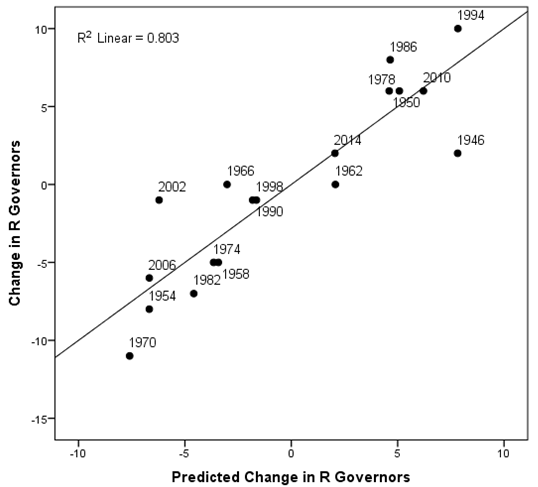 Figure 1 displays a scatterplot of the relationship between predicted and actual seat swing in gubernatorial midterm elections based on the generic ballot model. The results show that the model does an excellent job of predicting gubernatorial seat swing. Most of the points are very close to the prediction line. However, a few elections, especially the highly unusual post-Sept. 11 midterm of 2002, are farther off the mark.

Based on the results in Table 1, we can calculate conditional forecasts of seat swing in the 2018 midterm election, depending on the results of the generic ballot test in early September of next year. The other two predictors, presidential party and Republican gubernatorial seats, are already set. The conditional forecasts are displayed in Table 2. 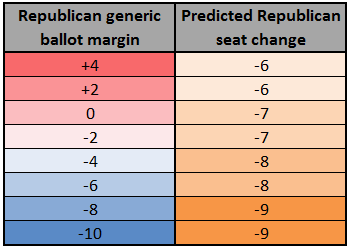 The predictions in Table 2 show that under almost any reasonable scenario, Democrats are likely to gain governorships in next year’s midterm election. That is mainly due to two facts — there is a Republican president in the White House and Republicans will be defending 26 of the 36 seats that are up for election in 2018.

We are a long way from November 2018, so national conditions could change. Still, Republicans will have so many seats at risk in next year’s gubernatorial elections that they are almost guaranteed to suffer a net loss of seats. Of course, the quality of the respective party candidates and campaigns will be important as Republicans seek to limit potential Democratic gains. Still, based on recent generic ballot results, the GOP loss could be rather substantial. According to the FiveThirtyEight weighted average of recent polling results, Democrats currently hold a lead of about eight points on the generic ballot. A lead of that magnitude in early September 2018 would predict a net Democratic gain of around nine governorships with a two-thirds probability that the gain would be between six and 12 seats.