Thanks to Tim Storey and his colleagues at the National Conference of State Legislatures, the Crystal Ball can share with you the most up-to-date picture of power control in the states. It is summed up nicely in the two maps and one graph, below. 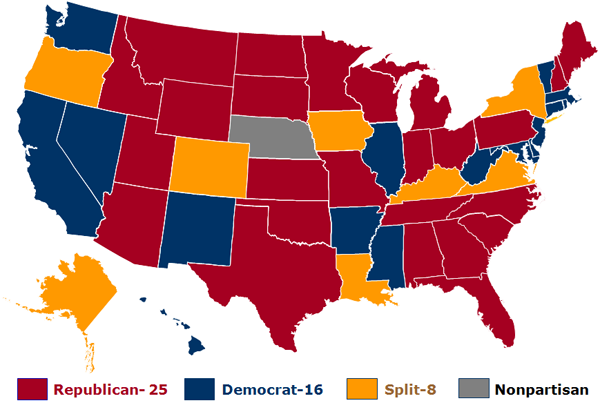 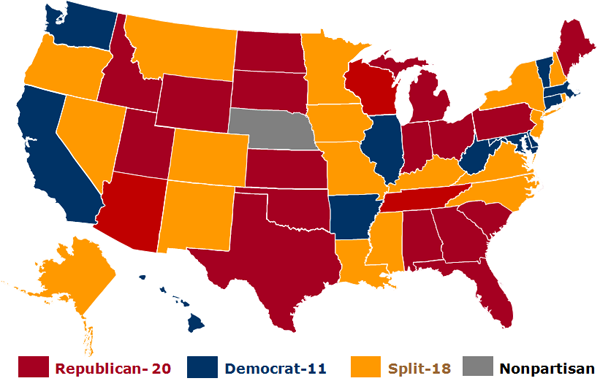 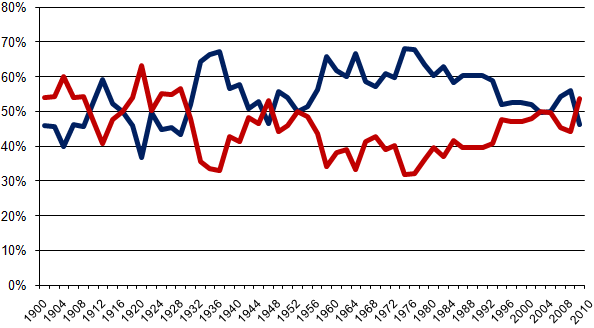