— Black voters are a crucial voting bloc in the upcoming Democratic primary season, particularly in the South.

— White candidates with proven bona fides among black voters can compete for the black vote, even against other black candidates, as Joe Biden is showing (at least for now).

— The differing backgrounds of Kamala Harris and Cory Booker provide each with unique avenues to appeal to black voters.

— Whites, not blacks, are driving the growth in liberal self-identification among Democrats.

Black voters and the 2020 Democratic primary

The state of the black electorate is strong and positioned to be a king- (or queen-) maker in 2020. The candidate that black voters coalesce behind in the Democratic primaries will have the inside track on the party nomination, particularly in a large ﬁeld.

The Democratic ﬁeld is already the most diverse in history. The candidates include no less than six people of color and six women (two of whom are of color). The field spans the ideological spectrum from moderates who are elders of the party establishment to far-left progressives advocating for signiﬁcant and fundamental societal reform.

The age range covers about four decades, from under-40 candidates such as Reps. Tulsi Gabbard of Hawaii and Eric Swalwell of California as well as Mayor Pete Buttigieg of South Bend, Indiana, to former Vice President Joe Biden and Sen. Bernie Sanders, who will both be in their late 70s by Election Day 2020. And there are three black candidates: Sens. Kamala Harris (D-CA) and Cory Booker (D-NJ), as well as Florida’s Wayne Messam, the mayor of Miramar. Whatever primary voters are looking for in a candidate, they are likely to ﬁnd some version of it. 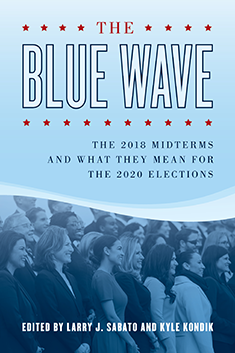 The black electorate will, of course, be especially intrigued and interested in the black candidates. This is a natural reaction to such candidacies and not speciﬁc to black Americans — women, Hispanic voters, and the gay community, for example, react similarly to women, Hispanic, and gay candidates, respectively. Scholars agree that descriptive representation — the representation of a constituency by a person who sufﬁciently resembles it in appearance or lived experience — is important to groups, even when it is mostly symbolic and doesn’t result in policy gains.

For this reason, Harris and Booker will attract black voters’ attention and will be immediately scrutinized through individual and group assessments. Black voters will get a sense of the candidates’ policy histories and proposals and, perhaps more importantly, determine the viability of each of their campaigns.

The size of the primary’s black voting bloc will be of interest to most of the Democratic candidates. Black candidates understand quite well that their success is contingent on whether they can carry the black electorate. Past elections have proven that this is not a foregone conclusion. One need only recall that black voters preferred Hillary Clinton to Barack Obama in the 2008 primary season until Obama won the Iowa caucuses. As Democratic strategist Donna Brazile said of black women at the end of 2007, “Most [of them] simply believe Clinton can win.”

The notoriously pragmatic black electorate simply isn’t willing to automatically devote the lion’s share of its support to a black candidate based on race alone. This realization can provide a window of opportunity for white and non-black candidates of color, reminding them that they cannot afford to ignore black voters or tacitly surrender them to black competitors.

But they will also need to be realistic about the extent to which they can compete for them. If they have not undertaken deep, consistent, and prolonged engagement, they cannot expect policy appeals alone to do the trick.

The Clinton-Obama example demonstrates that established and well-known white candidates can effectively compete for black voters against black candidates. We are currently seeing this with Joe Biden, who is polling very well with black voters so far. For candidates making new entreaties to black voters, a goal of placing alongside or just behind black and respected white party elder candidates is a sound strategy. It positions those candidates to inherit black support should the frontrunners lose traction and be perceived as no longer competitive.

Contrary to common logic, attempting to appeal to black voters by espousing a series of far-left policy proposals is unlikely to work: The majority of black Democrats are not liberals (this may be another factor helping Biden). Besides, in a crowded ﬁeld that will have multiple progressive candidates running to the left of the Democratic mainstream, such policy appeals will not provide a sufﬁcient distinction.

Further, engaging black political elites in hopes they signal who black voters should support is also insufﬁcient. There are plenty of examples of this: Congressional Black Caucus members initially supported Clinton over Obama; advocated for the reelection of Massachusetts Rep. Mike Capuano in 2018 over primary challenger Ayanna Pressley, a black Boston city councilwoman who won the primary and was elected to the U.S. House of Representatives in 2018; and backed Rep. Chris Van Hollen in Maryland’s 2016 senatorial primary over CBC member Donna Edwards, who won the black vote by 20 points but lost the election. Black voters tend not to take their cues from black political elites.

Consistent engagement at the local level is the only way non-black candidates with low name recognition can make inroads with the black electorate.

The schedule of Democratic primaries will ﬁgure largely into the choices available to black primary voters. The ﬁrst two are in Iowa and New Hampshire with black populations of 3.8% and 1.6%, respectively. In a change from previous election cycles, Nevada will be the third contest, and its population is just about 10% black. In 2016, black voters comprised 13% of the caucus, indicating that Nevada will provide the ﬁrst look at who black voters may support in 2020.

The outcomes of these three contests will have a substantial effect on the South Carolina primary, where black voters were 61% of the primary electorate in 2016. If history is any guide, black candidates that emerge from the preceding primaries in a strong position win South Carolina. Both Jesse Jackson and Barack Obama entered South Carolina as real contenders for the nomination, and black voters in South Carolina blazed a trail for their long-haul competitive campaigns.

Thus, the 2020 South Carolina primary will determine the viability of a black candidate’s campaign and foreshadow the black electorate’s preferred candidate. Here is where the black voters’ pragmatism is on full display. They want to know that the presidential candidate who receives their support has a realistic shot at winning the nomination. Casting symbolic or ideological votes for black candidates in the name of racial solidarity has little place in the voting booth.

In November 2007, Obama was trailing Clinton in South Carolina by 13 points. He did not garner a plurality of black support there until after he won the 2008 Iowa caucus and effectively tied in the New Hampshire primary. Once black voters realized he could win white voters, thereby demonstrating a real opportunity to secure the nomination, his support skyrocketed. He won the South Carolina primary in January with over 55% of the vote in a three-person contest, garnering 82% of the black vote. Winning white voters in Iowa and New Hampshire was a critical factor that permitted most South Carolina black voters to align their pragmatism with their desire for descriptive representation.

It is quite possible that no black candidates will emerge from the Iowa, New Hampshire, and Nevada contests with a delegate count that places them in the top three or four of the primary ﬁeld. A number of candidates are likely to withdraw if they are not competitive in those ﬁrst three contests. In this case, the black vote choice is more difﬁcult to discern. Black candidates may make the case that if black voters in Deep South states support their campaigns, they can emerge as a leading candidate, just as Jesse Jackson did in 1988 when he rode wins in six southern states to a second-place ﬁnish for the nomination.

Leading white and non-black candidates are likely to lean on their engagement strategies to convince black voters that their campaigns are the safest and most rewarding bet to make for the protection and advancement of black group interests. Again, the candidate that can win the majority of black support has the inside track to the nomination. Biden, at present, is in pole position.

One ﬁnal word on the Democratic primary: If two black candidates enter South Carolina and the ensuing Deep South primaries with viable campaigns, black electoral behavior will likely hinge on other factors, such as gender, policy positions, and cultural markers.

For example, should Harris and Booker be in strong positions to secure the nomination, research suggests that there will be a discernible gender split in the black vote, with more men supporting Booker and more women supporting Harris.

The two senators are similar on social and economic policy, but Harris’s moderate criminal justice record as California attorney general may help with older black voters who tend to be more conservative whereas Booker’s more progressive stance may advantage him with the more liberal younger voters. Harris’s cultural markers — she’s a graduate of a historically black university and a member of the nation’s oldest black sorority — communicate a shared black lived experience that Booker’s biography is missing. This, too, could make a difference to voters attempting to ascertain authenticity.

Finally, it simply isn’t known the extent to which Booker’s being unmarried or Harris’s interracial marriage and immigrant parentage will inﬂuence black vote choice, if at all. What is certain, however, is that the black electorate perceives both candidates as black Americans, and the impact of race consciousness on political behavior indicates marital status and parentage will pale in comparison to the opportunity for descriptive representation.

What does this all mean for the party’s nomination? The 2020 Democratic presidential primary will be the ﬁrst in which most Democrats identify as liberal. The party’s leftward drift is led by millennials (57% identify as liberal), those with postgraduate education (60%), and the doubling of liberal white voters from 28% in 2000 to 55% in 2017. This evolution is reﬂected in the number of progressive candidates who have chosen to run for the party nomination and the policy proposals they’re championing.

Meanwhile, the number of black liberal voters has held steady for two decades at about one in four.

Candidates will need to fashion campaigns that can balance the desire the majority of voters have for more progressive policies with the need to appeal to the more moderate and relatively conservative ideologies of black Democrats.