Ohio, the great maker of presidents, remains vitally important in presidential elections because it is one of the biggest of the 10-15 truly competitive states in the Electoral College. But it does not pack the electoral punch it once did.

On one hand, the Buckeye State does have the seventh-most electoral votes of any state (only California, Texas, New York, Florida, Illinois and Pennsylvania have more). Of those states, only it and Florida have voted for the winning presidential candidate in each of the past five elections.

On the other hand is this sobering fact for lovers of the Birthplace of Aviation — the last time Ohio cast less than 18 electoral votes for president (its new total after losing two votes following the 2010 census), Andrew Jackson was carrying it on his way to his first presidential win in 1828. That was 184 years ago.

A friend and fellow Northeast Ohio native sometimes suggests that the old Western Reserve — a part of Northeast Ohio that once was part of Connecticut — should just break off from Ohio and form a new state. That would probably be just fine for Northeast Ohioans — and also for Republicans in the rest of the state, because Northeast Ohio is the region that allows Democrats to sometimes win presidential elections in the Buckeye State.

In President Barack Obama’s Ohio victory, more than his whole winning margin came from Northeast Ohio, which provided about two-fifths of all votes cast for either Obama or Republican John McCain (for the purposes of this analysis, third party votes were removed). As is shown on the chart below, Obama won 59% of the two-party vote in Northeast Ohio’s 20 counties. In the state’s other 68 counties, McCain received close to 52% of the two-party vote, to Obama’s 48%.

Obama’s winning 2008 coalition included the three counties that dominate this map — Cuyahoga (Cleveland), Franklin (Columbus) and Hamilton (Cincinnati). These three counties cast nearly a third (29%) of the presidential two-party vote, and Obama took about 62% of the votes in those counties. Hamilton — the now swingy population center of the otherwise bedrock Republican Southwest — is the key county to watch on Election Night. If Obama holds it, he’s in good position to win. If not, perhaps Romney will take the state that has picked the winner in 27 of the last 29 presidential elections. A note for VP watchers: Ohio Sen. Rob Portman’s power base is in greater Cincinnati.

If Ohio continues on its current trajectory, its importance as a presidential bellwether may fade. But even in its diminished state, it looms large in 2012. 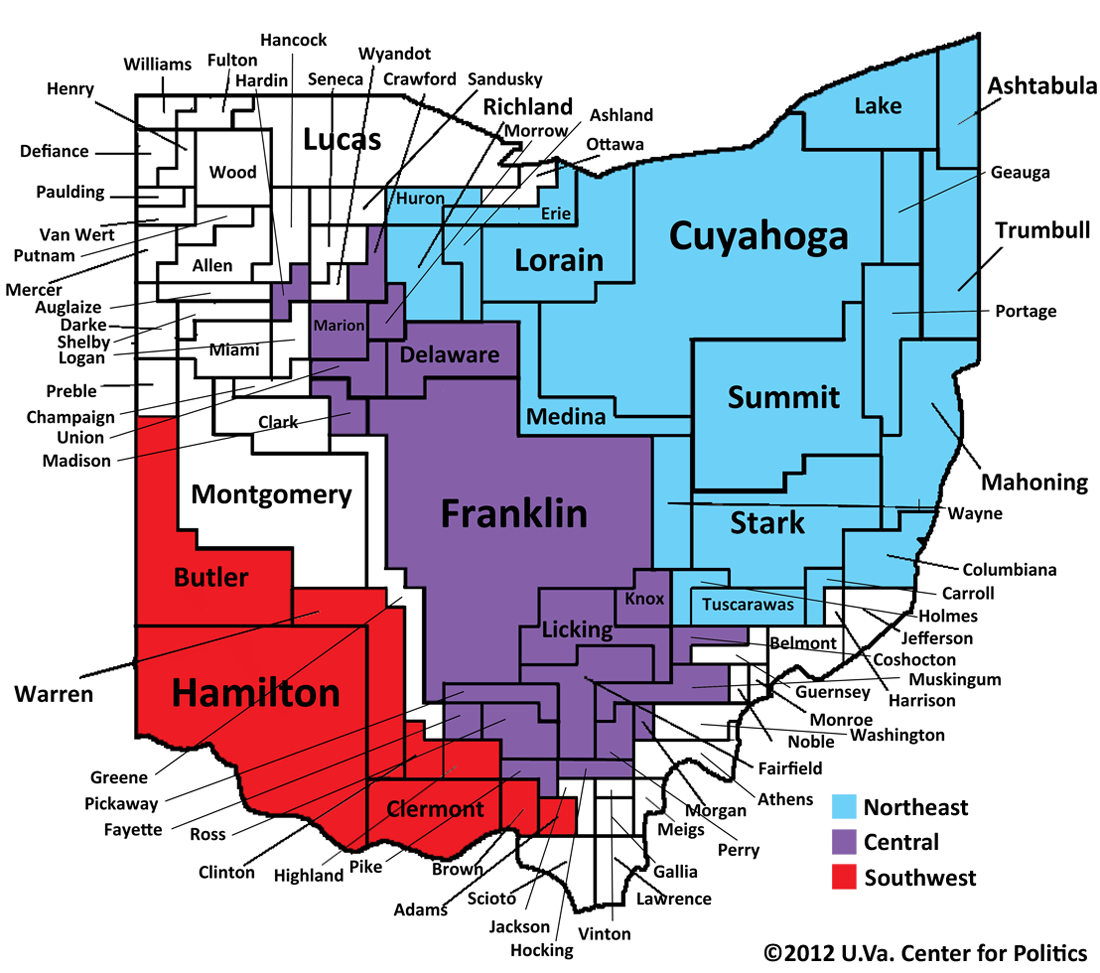 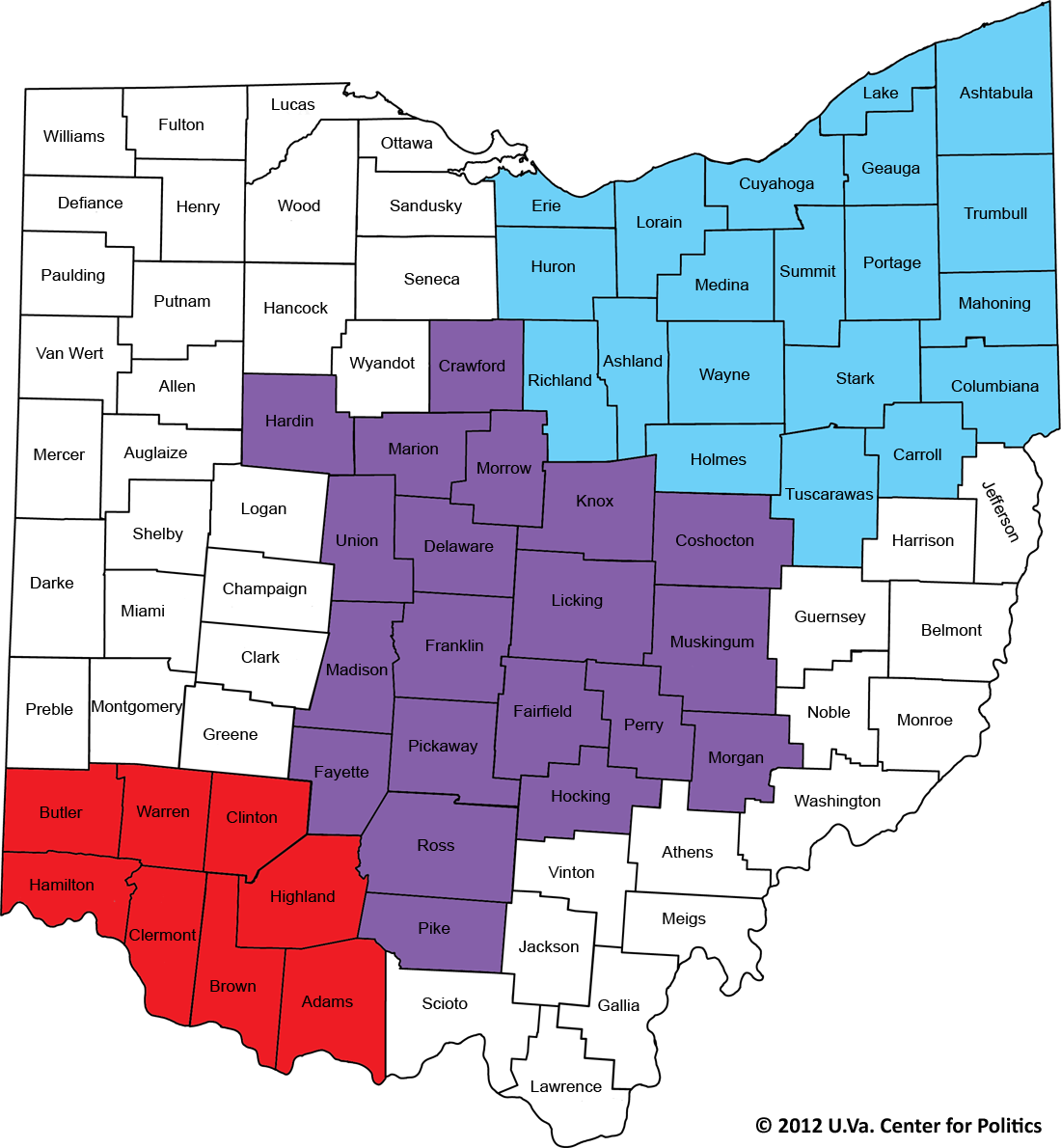 NOTES: Click on the maps for larger versions. The three regions are defined by the Ohio Politics Almanac.