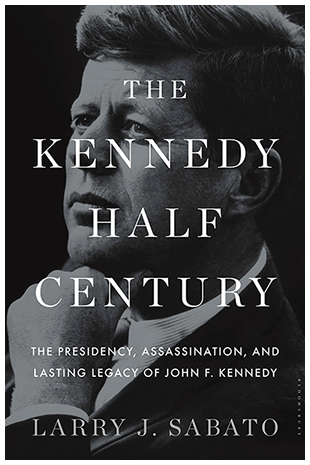 Among the new material contained in the paperback edition:

To purchase, visit one of the following sellers:

In conjunction with the new paperback edition of The Kennedy Half Century, the book’s popular massive open online course (MOOC) is returning with five additional lessons based on the new material. The MOOC will be available on demand from both Coursera and iTunes U.

The JFK Half Century App, produced by the University of Virginia Center for Politics, can also be downloaded for Android and Apple devices. The app features the complete Dallas police recordings from Nov. 22, 1963, which the Center acquired from the National Archives and is now available to the public in one easily accessible place for the first time.