Exclusive screening and discussion will be held on Oct. 1 in Charlottesville ahead of national premiere

(CHARLOTTESVILLE, VA) – The University of Virginia Center for Politics, in partnership with the production studio Optimist and the Larry J. Sabato Foundation, will host an exclusive in-person and online screening of their new PBS Feature Documentary, Five Years North, ahead of the film’s national PBS premiere across the country on Oct. 5 as part of the PBS series America Reframed.  Larry J. Sabato, who is the Executive Producer of Five Years North and also Director of the UVA Center for Politics, will introduce the screening, and the event will be followed by a conversation with a U.S. Immigration and Customs Enforcement agent featured in the film, UVA Center for Politics resident scholar and former Virginia state Del. David Ramadan, and others. 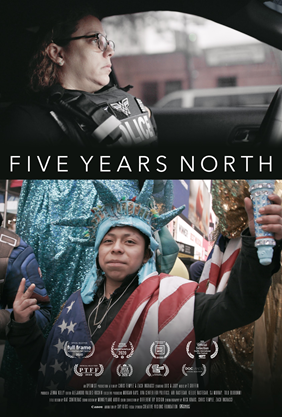 The event will be held at Light House Studio, 220 W. Market St. in Charlottesville, at 6:30 p.m. on Friday, Oct. 1. It is free and open to the public, although proof of COVID-19 vaccination is required for in-person attendees.

To register for the event either in-person or virtually, visit Eventbrite.

Five Years North is the coming-of-age story of Luis, an undocumented Guatemalan boy who just arrived in New York City. He struggles to work, study, and evade Judy — the Cuban-American ICE officer patrolling his neighborhood. The film had its theatrical premiere at the Film Forum in New York City in May, won the Grand Jury Prize at the DOC NYC Film Festival, Grand Jury Prize at Flickers’ Rhode Island Film Festival, and was a finalist for the Alfred I. duPont-Columbia Award for Outstanding Journalism. 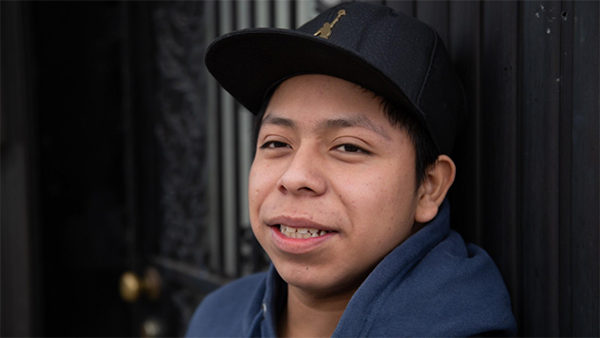 Luis, one of the people featured in Five Years North.

The film is intimate and observational — following Luis, Judy, and Luis’ family back in Guatemala for more than three years to provide a fresh and valuable entry point to understanding America’s immigration system. It was called “A compelling look at two disparate New York lives” by the Hollywood Reporter.

“The film is deeply moving,” said Sabato. “It’s easy for politicians to say ‘build a wall’ or ‘deport them’ but this film reminds us that public policy has unintended consequences which dramatically and adversely affect the lives of real people.”

“We didn’t set out to make an immigration film. In 2010, we met eight-year-old Luis, a quirky kid from a Mayan village in Guatemala,” noted directors Chris Temple and Zach Ingrasci. “We’ve kept in touch with him ever since, watching as this shy child grew into a bubbly and opinionated teenager. Then in late 2017, at just 16 years old, Luis headed north to help his family. After a dangerous journey, he arrived alone, and without papers, in New York City.

“The years spent filming with Judy and Luis surfaced important questions we still struggle with: How do we justify our actions when we know they are hurting others? What lengths would we go to for family? What is the human cost of the American Dream? How can we build a more compassionate system rooted in restoration rather than punishment? We hope Five Years North deepens the immigration conversation and can support the incredible work of activists and organizations helping those crushed by the system.”

More information about the film is available at FiveYearsNorth.org.