(CHARLOTTESVILLE, VA) – The University of Virginia Center for Politics is excited to name two resident scholars for the 2020-2021 academic year. Tara Setmayer, a political communications veteran and popular cable news pundit, and renowned journalist Jamelle Bouie will be working with the Center’s staff and students towards its goals of promoting democratic process and creating an informed citizenry. 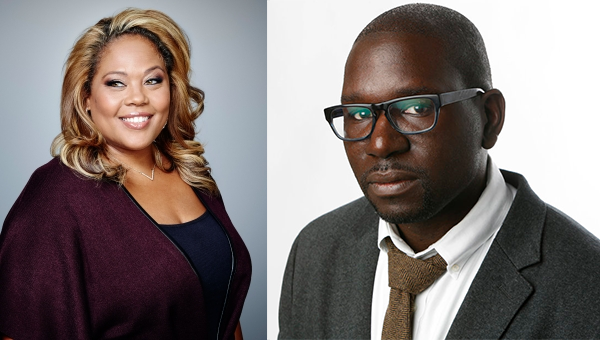 Photos of Setmayer (L) and Bouie (R) courtesy of CNN and the New York Times.

Setmayer is currently a CNN Political Commentator and Senior Adviser for the Lincoln Project. With a signature “tell it like it is” style, she brings a fresh perspective to breaking down the news of the day. Indeed, after the 2016 election, Vulture.com named her one of that cycle’s Top 20 Election Coverage Stars. Her commentary can also be found on her podcast, Honestly Speaking with Tara, where she aims to act as the “Conservative Voice of Reason” in an increasingly tribal political landscape — she stresses themes like civility and principle over party, ideas that the Center has at the core of its mission. Before becoming a recurring figure in national media, Setmayer was a longtime Communications Director on Capitol Hill.

Heralded as “one of the defining commentators on politics and race in the Trump era,” Jamelle Bouie is a Virginia Beach native and University of Virginia graduate. An opinion columnist for the New York Times and political analyst for CBS News, Bouie previously served as chief political correspondent for Slate magazine. His powerful columns explore the intersections among politics, history, and culture. Bouie’s insights on the impact of race in politics have been instrumental in driving national discourse. In 2013, Bouie contributed to the Center’s book Barack Obama and the New America: The 2012 Election and the Changing Face of Politics. This is his second stint as a Center for Politics resident scholar.