Turnout among University of Virginia students has been on the rise, according to data from our National Study on Learning, Voting and Engagement (NSLVE) report and from CIRCLE estimates of youth turnout. UVA student voter turnout increased from 14.9% in the 2014 midterm elections to 45.8% in the 2018 midterm elections (NSLVE). For the 2020 elections, 68% of UVA students who were eligible (e.g., at least 18 years old and U.S. citizens) voted, an increase of nearly six percentage points over 2016 UVA student voting rates. 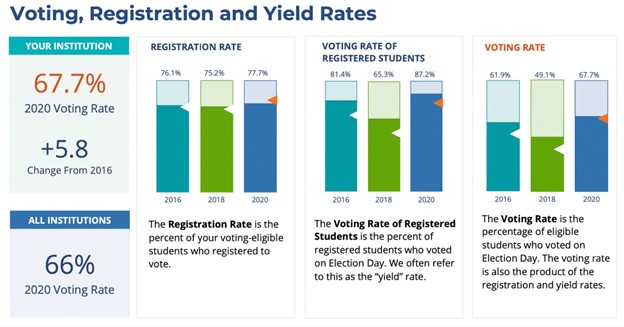