— While the 2020 presidential election saw a record volume of absentee votes cast, not all states made it equally accessible.

— All told, the sharp increase in absentee voting in 2020 wasn’t disproportionately beneficial to either presidential candidate.

The 2020 presidential election was remarkable in many respects. First and foremost, despite taking place in the midst of a deadly pandemic that would result in the deaths of hundreds of thousands of Americans, the 2020 election resulted in the highest rate of turnout in over a century. According to Michael McDonald of the University of Florida, 159.7 million Americans cast ballots in 2020 — an increase of roughly 20 million over the 2016 presidential election. The estimated 66.7% turnout of eligible voters easily eclipsed the post-World War II record of 63.8% set in 1960.

According to many observers, one of the key factors contributing to the record turnout in 2020 was a dramatic increase in the availability of absentee voting in many states. Liberalized absentee voting rules made it possible for millions of Americans to fill out their ballots at home and place them in a mailbox or a drop-box rather than risking exposure to the deadly coronavirus by voting in person. According to a survey of over 18,000 registered voters conducted by MIT political scientist Charles Stewart III, between 2016 and 2020, the percentage of votes cast by absentee ballot in the United States increased from 21% to 46%.

Table 2: Correlations of absentee voting with change in turnout and change in Democratic vote margin in the states 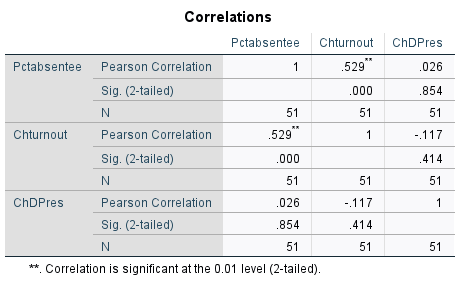 In order to provide more definitive tests of the effects of absentee voting on turnout and Democratic vote margins, I conducted two regression analyses. The first regression analysis examined the impact of absentee voting on 2020 turnout while controlling for 2016 turnout and a dummy variable indicating whether a state was a swing state in 2020. This was based on the hypothesis that turnout would be higher in hotly contested states than in other states due to greater efforts by the campaigns to mobilize voters in those states. The states that are defined as “swing states” for Table 3 are Arizona, Florida, Georgia, Iowa, Michigan, North Carolina, Nevada, Ohio, Pennsylvania, Texas, and Wisconsin. The second regression analysis examined the impact of absentee voting on the 2020 Biden vote margin while controlling for the 2016 Clinton vote margin. The results of these two regression analyses are presented in Tables 3 and 4.

Table 3: Regression analysis of voter turnout in the states 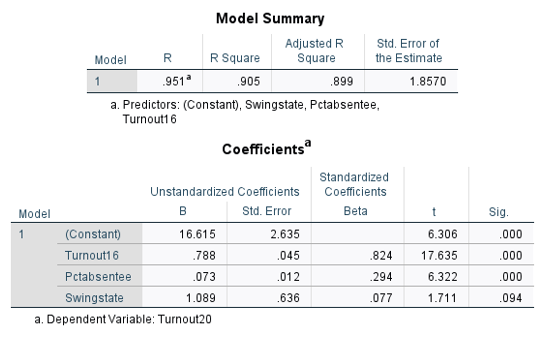 Table 4: Regression analysis of Biden margin in the states 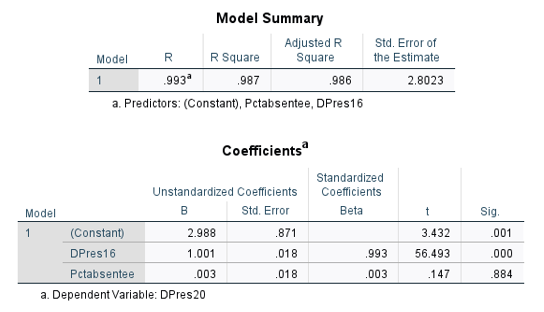